Switzerland, officially the Swiss Confederation, is a federal republic in Europe. It consists of 26 cantons, and the city of Bern is the seat of the federal authorities. The country is situated in western-Central Europe, and is bordered by Italy to the south, France to the west, Germany to the north, and Austria and Liechtenstein to the east. Switzerland is a landlocked country geographically divided between the Alps, the Swiss Plateau and the Jura, spanning an area of 41,285 km2 (15,940 sq mi). While the Alps occupy the greater part of the territory, the Swiss population of approximately eight million people is concentrated mostly on the plateau, where the largest cities are to be found: among them are the two global cities and economic centres Zürich and Geneva.
The establishment of the Old Swiss Confederacy dates to the late medieval period, resulting from a series of military successes against Austria and Burgundy. Swiss independence from the Holy Roman Empire was formally ...

recognized in the Peace of Westphalia in 1648. The country has a history of armed neutrality going back to the Reformation; it has not been in a state of war internationally since 1815 and did not join the United Nations until 2002. Nevertheless, it pursues an active foreign policy and is frequently involved in peace-building processes around the world. In addition to being the birthplace of the Red Cross, Switzerland is home to numerous international organisations, including the second largest UN office. On the European level, it is a founding member of the European Free Trade Association, but notably not part of the European Union or the European Economic Area. However, it participates in the Schengen Area and the European Single Market through bilateral treaties.
Spanning the intersection of Germanic and Romance Europe, Switzerland comprises four main linguistic and cultural regions: German, French, Italian and Romansh. Although the majority of the population are German speaking, Swiss national identity is rooted in a common historical background, shared values such as federalism and direct democracy, and Alpine symbolism. Due to its linguistic diversity, Switzerland is known by a variety of native names: Schweiz [ˈʃvaɪts] (German); Suisse [sɥis(ə)] (French); Svizzera [ˈzvittsera] (Italian); and Svizra [ˈʒviːtsrɐ] or [ˈʒviːtsʁːɐ] (Romansh). On coins and stamps, Latin (frequently shortened to "Helvetia") is used instead of the four living languages.
Switzerland is one of the most developed countries in the world, with the highest nominal wealth per adult and the eighth-highest per capita gross domestic product according to the IMF. Switzerland ranks at or near the top globally in several metrics of national performance, including government transparency, civil liberties, quality of life, economic competitiveness, and human development. Zürich and Geneva have each been ranked among the top cities in the world in terms of quality of life, with the former ranked second globally, according to Mercer. 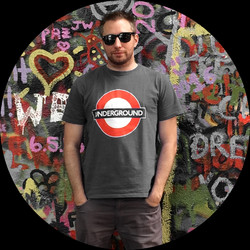 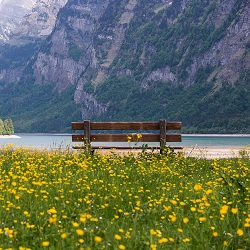